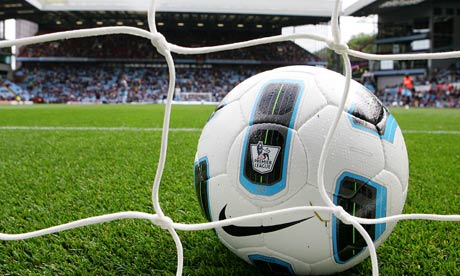 Wigan Athletics poor form in legal circles continues after it lost an appeal in the Upper Tribunal (Land Chambers) with its argument that relegation constituted a Material Change of Circumstances affecting its Rateable Value.

The football club had already lost in a Valuation Tribunal – which ruled in favour of the VOA – but it decided to go for a further appeal.

The prospect of promotion or relegation will feature in a lot of clubs’ financial forecasts but the Valuation Tribunal for England (VTE) concluded at the time: “Football is football. A league is not a mode or category of occupation.” It concluded that this loss of revenue was an economic factor and could not be considered until the next revaluation.
The financial and spectator numbers decline for Wigan Athletic was also exacerbated by the fact the Club dropped down not one but two English leagues in a short space of time.

Had this or the latest appeal succeeded – and they haven’t exhausted the full legal process yet – the VOA could have seen a scenario where every football club that is relegated each season could apply for its RV to be reduced using an MCC argument.

Lawyers for WAFC argued that since its league status is crucial to the RV when the Rating List is compiled, the list becomes inaccurate when it is relegated. It also accepted that promotion should have the converse effect and rateable value should go up.

The hereditament itself had not altered between the list entry and the Material Day. The physical state of the stadium was also exactly the same as it was during Wigan’s Premier League heydays. Another interesting point that came to light was the revenue the football club received from broadcasting rights in the Premier League which represented more than 80% of its income. This fell to 23% in the Championship and to around 13% in League One.

So, fast forward to December 2019 and the Upper Tribunal Appeal. The venue and referee may have changed but the end result for Wigan did not. The Upper Tribunal confirmed the previous ruling and found there had been no Material Change in Circumstances.

The relevant statute does speak of a hypothetical tenant and so assumes that there is a market for the purposes both of initial valuation and of alteration to the list. An MCC must relate to the intrinsic features of the hereditament or to physical changes in the locality, or manifest in the locality, so as to retain an objective market-based list rather than a list that is altered to reflect matters that are personal to the occupier.

Where there is no market for a particular hereditament the VOA has to adopt another method of valuation, such as receipts and expenditure or the contractor’s basis. In the case of football stadiums the generally accepted valuation method is a hybrid of the two.

The Upper Tribunal concluded: “Such a method is bound to be something of a compromise, because it is tied so tightly to the performance of the team (of which league status is a measure); its distance from the statutory scheme is exposed by an application to alter the list because a change in the team’s performance, however dramatic, cannot be shoe-horned into the statutory criteria for a material change of circumstances.”

Are you really wants to delete