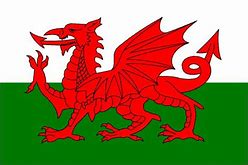 Wales has joined England in announcing the dates for a delayed business rates’ revaluation.

The next non-domestic rates revaluation in Wales will now take effect in 2023 and be based on property values as at 1 April 2021 – mirroring an announcement made by Communities’ Secretary Robert Jenrick back in May. Scotland has yet to announce any delay in its revaluation, despite various calls from businesses north of the border.

The Welsh Government stated that postponing the revaluation to 2023 will mean that the rateable values on which rates bills are based will better reflect the impact of COVID-19. The change also means that the next revaluation in Wales takes effect at the same time as England, ensuring businesses in Wales aren’t put at a disadvantage against their neighbours.

Rebecca Evans MS, Minister for Finance and Trefnydd went on to say that the Government would “continue to explore more fundamental reforms to the local taxation system.”

She claimed that they had already achieved their short-term goals for the non‑domestic rates system in Wales and are now considering wider and longer-term questions. These include looking at different approaches to property valuation and whether they are viable; whether they would be fairer; and whether there would be benefits for public services and the economy in Wales.  They haven’t ruled out looking at potential alternatives for raising revenue from non-domestic property in the longer term.

The intention is to bring together and publish the results from the programme of work this autumn, and to inform the debate about local government finance ahead of the next Senedd term.

Are you really wants to delete